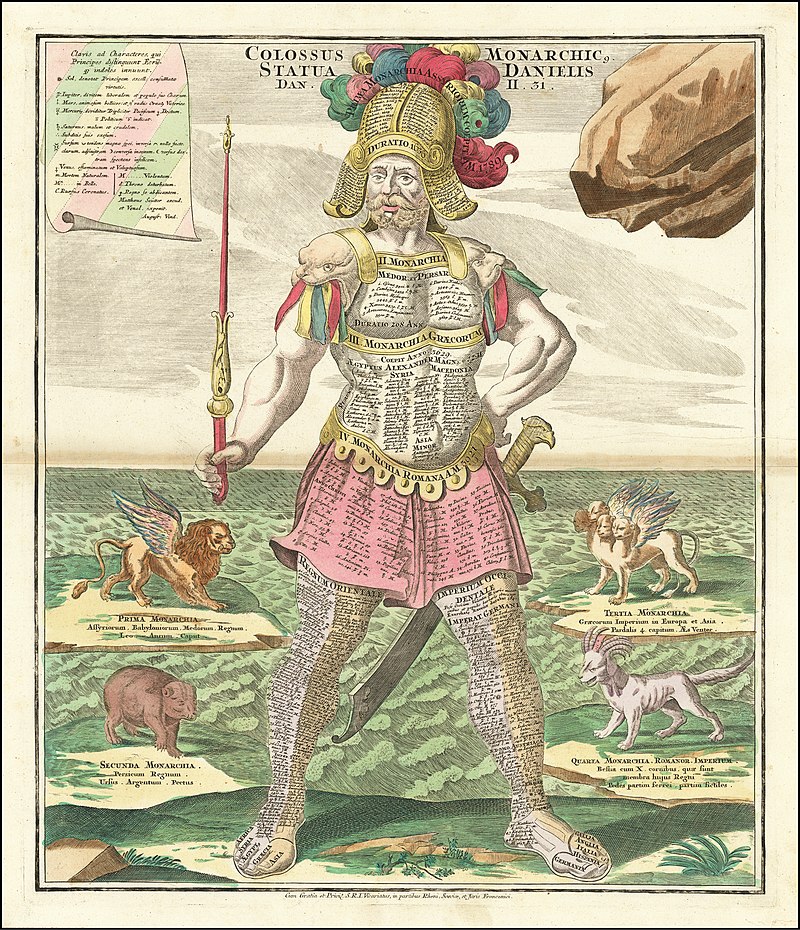 Image above “Colossus, with sword and scepter” is from Wikimedia Commons; public domain, ca 1730.

Foretelling the future in the Ancient Near East (ANE) was the job of the soothsayer or diviner. Below are several methods of soothsayers foretelling of the future.

is a form of divination by natural phenomena, especially from inspection of the entrails of animal sacrifices.

In ancient times the haruspex (diviner) interpreted the divine will by inspecting the entrails of a sacrificial animal. First the animal was ritually slaughtered. Next it was butchered, with the haruspex examining the size, shape, color, markings etc. of certain internal organs, usually the liver (hepatoscopy), but also the gall, heart and lungs. Finally, when the animal had been butchered, the meat was roasted, and all the celebrants shared a sacred meal.

The sibyls were inspired by Apollo. In a state of ecstasy, a sibyl uttered prophecies even unasked. The most famous sibyl was the Cymaean Sibyl who offered the Roman King Tarquin 9 books of prophecy, which he rejected. Eventually Tarquin bought the last 3 books of prophecy for the price of the original nine. 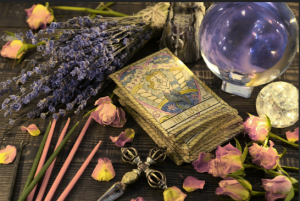 Let me preface this lesson with stating what the Standard Operating Procedure (SOP) with diviners was like in the Ancient Near East (ANE). Someone would come to the soothsayer with a perplexing dream or a question about the future. The soothsayer would do his interpretation using bones, books, etc. The answer might be cryptic to the seeker.

I gave an example in the last post. Here’s another example. A person comes to a sybil and asks, “Will I be wealthy?” The Sybil inhales the vapors from the volcanic fissure below her chair. She mumbles a few words. The priest listening at a crack in the wall replies cryptically to the seeker, “You will not be able to carry your money in a wheelbarrow.” The seeker thinks, “Man, I’m going to be a multi-millionaire!”  A month later he loses everything he has, including his wheelbarrow. He didn’t have anything in his possessions that he could carry by any means.

4 Then the Chaldeans said to the king in Aramaic, “O king, live forever! Tell your servants the dream, and we will show the interpretation.”

Note that from Daniel 2:4-7:28 is in Aramaic and not in Hebrew like the rest of the book. Why? There are no reasons given in the text.

Gordon Fee observes: “The bilingual nature of the oldest extant manuscripts of Daniel testifies to the enduring importance of Hebrew for the postexilic Jewish community even as linguistically related Aramaic took over as the international, diplomatic language to become the lingua franca) of the day. The book begins and ends in Hebrew, with 2:4b-7:28 written in Aramaic.” Gordon D. Fee; Robert L. Hubbard Jr. The Eerdmans Companion to the Bible Kindle Edition

Aramaic became the universal language of the ANE. Jesus spoke it and others in Israel did too. (A dialect of Aramaic is spoken today in the Byzantine Catholic Church.) Why not write the whole book in Aramaic? I believe that Israel now knew it would be dealing with foreign empires from that time on. Israel also is told Hebrew will have a continuing significance for them.

With this background in mind, let’s listen in on Nebuchadnezzar’s encounter with his soothsayers. He turns their process from SOP to “doing it the King’s way.”

“Firm” (in Aramaic = az-zawd’), has an uncertain etymology, and appears only here and Daniel 2:8. It seems to mean, “The order has been published by me (comp. Esther 7:7; Isaiah 45:23), and therefore cannot be recalled.” He didn’t forget the dream. His threat has been given and he cannot withdraw it. It’s like pharaoh in The Ten Commandments movie. He spoke and a scribe uttered, “So let it be written; so, let it be done! 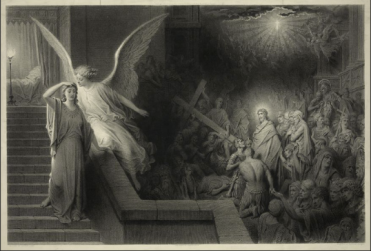 Why did the King become so disturbed about his dream? “Ancient Babylonians strongly believed in supernatural forces, and looked for omens in the stars, dreams, and even the shapes of animal livers. Nebuchadnezzar saw his dream as a message from on high, but he could not read the message, so he called his [soothsayers] and other wise men to help him understand his vision (v. 2).” https://www.ligonier.org/learn/devotionals/dream-statue

Image to the right: “The Dream of Pilate’s Wife” (ca. 1879), by Gustave Doré. According to Matthew 27:19, While Pilate was sitting in the judgment hall, his wife sent him a message: ‘Have nothing to do with that innocent man, because in a dream last night, I suffered much on account of him.’

They were used to an official giving them the details of the dream and then they would interpret it. Nebuchadnezzar suspected, rightly, that they had been telling him what they thought he wanted to hear.

“Let’s face it, whether it’s the Magicians of Egypt, the Disputers of Athens, or the ‘Wise Men of Babylon’. The Intelligentsia of this world haven’t the answers to their own dilemmas, much less know the Mysteries of God … History proves that.” Tony Hallo, About Face 180 Blogpost October 10, 2019 (emphasis mine).

II. Elitists never learn to depend on God and His Word for guidance. vs. 7-9

vs. 7 They answered a second time and said, “Let the king tell his servants the dream, and we will show its interpretation.” 8 The king answered and said, “I know with certainty that you are trying to gain time, because you see that the word from me is firm— 9 if you do not make the dream known to me, there is but one sentence for you. You have agreed to speak lying and corrupt words before me till the times change. Therefore, tell me the dream, and I shall know that you can show me its interpretation.”

The Babylonian Wisemen are now desperate. They want the old SOP back. Give them the dream and they will interpret it.

III. God alone can impart His knowledge of the future to humans. vs. 10-11

10 The Chaldeans answered the king and said, “There is not a man on earth who can meet the king’s demand, for no great and powerful king has asked such a thing of any magician or enchanter or Chaldean. 11 The thing that the king asks is difficult, and no one can show it to the king except the gods [el-aw’], whose dwelling is not with flesh.”

Here they utter truth, partially, that is. God alone can interpret the dream. True! They err here: and He doesn’t dwell on earth.

They actually correct the King and his understanding of SOP among ANE soothsayers. How brazen and foolish. He is weakened to the point of not getting sleep. This would be the wrong time to tell him anything he didn’t want to hear.

12 Because of this the king was angry and very furious, and commanded that all the wise men of Babylon be destroyed. 13 So the decree went out, and the wise men were about to be killed; and they sought Daniel and his companions, to kill them.