Image above is from https://www.greatbigcanvas.com/view/illustration-of-shepherd-separating-his-sheep-from-the-goats-gospel-of-matthew,1907843/

If you are like I am, your memories of Malachi are pretty much Malachi 3:10—

10 Bring the full tithe into the storehouse, that there may be food in my house. And thereby put me to the test, says the Lord of hosts, if I will not open the windows of heaven for you and pour down for you a blessing until there is no more need. 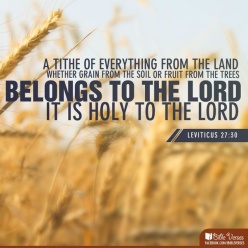 In fact, I remember the song based on Malachi 3:10 rather than the scripture text itself.

1 Bring ye all the tithes into the storehouse,
All your money, talents, time and love;
Consecrate them all upon the altar,
While your Savior from above speaks sweetly,

Chorus:
Trust Me, try Me, prove Me, saith the Lord of hosts, and see
If a blessing, unmeasured blessing,
I will not pour out on thee. (see Leech, below; author pictured on the right).

This was usually sung when giving was lower than needs demanded. We got the message, “It’s time to give more. Your church is the storehouse that needs to be made ‘full’ again!”

Later on when traveling “evangelists” began to circulate, they solicited funds saying, “Now is the time to put the Lord to the test and He will give it back to you in blessings!” The evangelists de-emphasized the storehouse aspect and concentrated on the multiplied blessings. Some even changed the “blessings” to “God will give back to you double/triple what you give.”

Malachi is much more than a text to solicit funds from church members. (Jesus commanded pastors to feed His sheep, not fleece His sheep.)

As we shift our focus from evil times, in which God’s people are esteemed of little import, to the end time, we see God will amply compensate His people for their troubles when Jesus comes again.

The chorus of an another old hymn comes to mind—

17 “They shall be mine, says the Lord of hosts, in the day when I make up my treasured possession, and I will spare them as a man spares his son who serves him.

I. God will openly acknowledge us, manifesting the fact that we are His Children before the watching world. vs. 3:17.

We were His precious children all along, but in the end, this will be manifest for all to see. Compare what our eyes focus on now and our future status—II Corinthians 4:16

Henry Venn and Perspectives on Life

One day a stranger called to see Henry Venn, Honorable Secretary of the Church

Missionary Society, and as it happened, on the African mail-day when every moment was precious. The Secretary was busy with his dispatches when the visitor was announced. He came to complain of the ministrations provided for passing tourists in a favorite health-resort. (A German missionary was currently ministering there. He called the congregation to prayer by saying, “Let us bray.”)

Henry Venn grasped the arms of his chair, drew it close to the table, shifted his letters to and fro, and, looking his interviewer straight in the face, said, “I know, Sir, but of two [types of persons] in this world, Timists and Eternists. I am an Eternist.” The gentleman picked up his hat and left… . (see Charmichael, below.)

We are not negligent of our physical duties on earth. We work, etc., to feed our families. But, we do not work to amass a fortune to insulate them from pain. Physical eyes are on this world, but the eye of faith is always on eternity.

I John 3: 1 Behold, what manner of love the Father hath bestowed upon us, that we should be called the sons of God: therefore the world knows us not, because it knew him not. 2 Beloved, now are we the sons of God, and it does not yet appear what we shall be: but we know that, when he shall appear, we shall be like him; for we shall see him as he is. 3 And every man that hath this hope in him purifies himself, even as he is pure. (KJV; emphasis mine; words modified for meaning.)

Gustave Dore’s illustration of the sight of Christ in Dante’s Paradise, 1868.

Theologians refer to the believer’s first sight of the glorified Christ as “the Beatific Vision.” The word “beatific” in English seems to mean “beautiful.” The sight of Christ is beautiful. However, “beatific” means the person who sees God is made “perfectly blessed in the full enjoying of God to all eternity.” (Westminster Shorter Catechism #38) 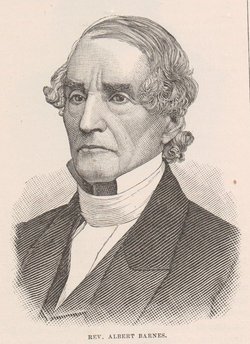 Treasured possession is segullah in Hebrew. “The ‘treasured possession,’ is something, much prized, made great store of, and guarded.” (see Barnes, below; pictured right.) The reference is to Deuteronomy 7:6 “For you are a people holy to the Lord your God. The Lord your God has chosen you to be a people for his treasured possession [segullah], out of all the peoples who are on the face of the earth. 7 It was not because you were more in number than any other people that the Lord set his love on you and chose you, for you were the fewest of all peoples, 8 but it is because the Lord loves you and is keeping the oath that he swore to your fathers… .

18 Then once more you shall see the distinction between the righteous and the wicked, between one who serves God and one who does not serve him.

II. In the end God will make known the character of each person for all to see. vs. 18.

God spares His own people when Christ comes to separate the sheep from the goats and inflict His righteous wrath on the ungodly. The word “spare” is chamal in Hebrew and means “to have compassion on.” (see BDB, below.) Note it is used twice in the same verse in Malachi 3:17.

Earlier we saw in Malachi 3:14 You have said, ‘It is vain to serve God. What is the profit of our keeping his charge or of walking as in mourning before the Lord of hosts?” (ESV; emphasis mine.) The ungodly living among godly Israelites were looking for a pay-off in this life. That which may or may not have monetary reward in this life, will “pay off” in eternity.

The Last Judgment by Michelangelo located in the Sistine Chapel, Vatican City.

We might think, “What does such a distinction mean to us?” Those who are God’s people in this life, are aware of God’s “looking over their shoulders,” as it were. The Reformers were fond of saying, “We live Coram Deo—”Before the Face of God.”

Integrity is found where men and women live their lives in a pattern of consistency. It is a pattern that functions the same basic way in church and out of church. It is a life that is open before God. It is a life in which all that is done is done as to the Lord. It is a life lived by principle, not expediency; by humility before God, not defiance. It is a life lived under the tutelage of conscience that is held captive by the Word of God.” (see Sproul, below.)  God misses nothing, whether evil or righteous.

Outward appearances deceive now, but all will be revealed at the second coming of Christ. It will be worth whatever sacrifices we made in time and space to proclaim the Him to the world.