Image above is from Wikimedia Commons in the public domain.

As we saw in the last post, Chapter 21 teaches—

Christ will consummate His kingdom in the end by renewing heaven and earth, and filling them with His resurrected, glorified people.

I. God will make a new cosmos out of the old for His dwelling with His people. vs. 5

vs. 5 And he who was seated on the throne said, “Behold, I am making all things new.” Also he said, “Write this down, for these words are trustworthy and true.” [ESV] 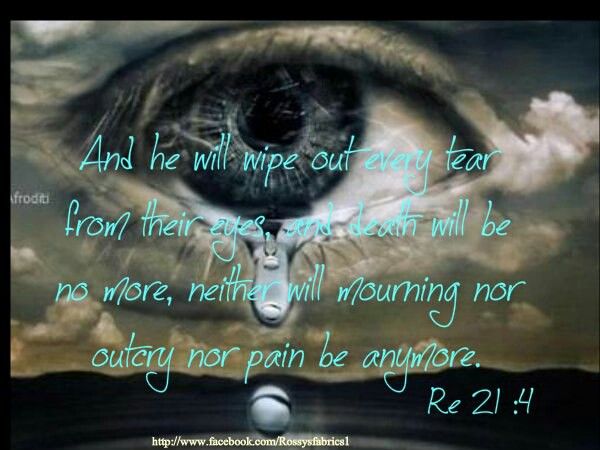 I use this verse often at funerals, especially if the deceased has gone through intense suffering in their earthly lives. (It doesn’t matter if some of the suffering was brought on by bad behavior.) Rev. 21:5 is an assurance that nothing sinful or harmful will come into the renewed order. This means glorified people will not experience any harmful memories!

The word “new” is kainos in Greek, as we saw last post, “new in the sense of not used up.” God will take the old elements of our universe and remake them into something new.

“Salvation in the Biblical sense is not only the salvation of the souls of men; it includes the redemption of the body and even of their physical environment.” (See Ladd, pg. 278, below)

God’s environmental plan is for mankind to do two things:

1. The cultural mandate—”Subdue the earth.” Mankind is given dominion over the earth in order to bring it under subjection to him in order that he might have a place in which to live. See Genesis 1:26-27

26 Then God said, “Let us make man in our image, after our likeness. And let them have dominion over the fish of the sea and over the birds of the heavens and over the livestock and over all the earth and over every creeping thing that creeps on the earth.” 27 So God created man in his own image, in the image of God he created him; male and female he created them.

We should take note that man (‘adam in Hebrew) is the generic name for God’s creation of humans. Both male (zakar) female (neqebah) are included in God’s mandate. Also, note dominion (radah in Hebrew) is given to male and female. God established two sexes to complement each other and exercise dominion together.

2. The stewardship mandate—”Tend the earth.” In this mandate mankind responsible for the care of the earth’s environment. We must not destroy the cosmos for our comfort, but we must tend is as a garden given to us by God to tend. See Genesis 2:15

15 The Lord God took the man and put him in the garden of Eden to work it and keep it.

Here in the last book of the Bible is a reference to God as Creator. “There can be no understanding of the God of Scripture, nor of Scripture, without an acceptance of creationism. The goal of the evolutionists is not to present assured and substantiated facts but, first, to replace God with chance.” (see Rushdoony, [Vol. 1, pg. 19], below).

The foundation upon accurate theology is developed is the Creator/creature distinction. God is with us and yet He is appreciably different than we are and the cosmos!

“The first sentence of sacred Scripture sets forth the affirmation upon which everything else is established: “In the beginning, God created the heavens and the earth” (Gen. 1: 1). Three fundamental points are affirmed in that first sentence of Scripture: (1) there was a beginning; (2) there is a God; and, (3) there is a creation.” (See Sproul, below.)

We must care for the earth without worshiping nature. God’s ultimate environmental plan is to redeem the earth and renovate it for His people as a place to live for all eternity. Until God acts, the earth cannot be made into a “humanistic utopia” for mankind by Marxist teachers.

The book left can be obtained from https://www.ligonier.org/ or Amazon.

A Personal Testimony for Sproul’s Book

Dr. Sproul’s teaching has saved me from a number of pitfalls in ministry. We used Berkhof’s Summary of Christian Doctrine as a kind of “cliff-notes” to Berkhof’s Systematic Theology theology in Seminary. I noted that Everyone’s a Theologian has replaced Berkhof’s Summary by my theology professor, Dr. Douglas Kelley, in his classes. The difference I believe is that Dr. Sproul deals with 21st Century problems we face in Theology.

II. God will establish His new order, and will meet all of His people’s needs. vs. 6

vs. 6 And he said to me, “It is done! I am the Alpha and the Omega, the beginning and the end. To the thirsty I will give from the spring of the water of life without payment.

Compare the last sentence in this verse to John 4—

10 Jesus answered [the Samaritan woman], “If you knew the gift of God, and who it is that is saying to you, ‘Give me a drink,’ you would have asked him, and he would have given you living water.” 11 The woman said to him, “Sir, you have nothing to draw water with, and the well is deep. Where do you get that living water? 13 Jesus said to her, “Everyone who drinks of this water will be thirsty again, 14 but whoever drinks of the water that I will give him will never be thirsty again. The water that I will give him will become in him a spring† of water welling up to eternal life.” 15 The woman said to him, “Sir, give me this water, so that I will not be thirsty or have to come here to draw water.”

This verse in Revelation reminded me of an earlier event involving a cool spring. When I was in school from grade 7-12, we went to band camp in the summer every year for two weeks. We were taught how to march. We had two different kinds of programs we prepared to march for. (1) Military maneuver marching for half-time shows at football games and competitions; (2) Military ordered marches for Christmas parade competitions when the football season ended.(by the way the prize money helped for the band’s expenses ($500.00 at small town Christmas parages and more for larger ones ($500.00 in 1968 = $3,667.51 adjusted for inflation in 2021).

We learned the commands and steps on the field next to the open air pavilion. Then, we marched the back roads surrounding Camp Parker (Blythe Shoals to older folks) to learn a 90 degree turn left or right as a group, etc. I was new to the band that year (1968). Those back roads were grueling for new people. The heat radiated from the tar and gravel coating on the road.

We marched for a good while when we came to a house (similar to the one above left) that sat back in the woods, but still close to the road. The command to halt was given and we stopped, but were not given the command “parade rest.” We could all see out of the corner of our eyes a pipe coming down from the hills emptying a constant stream of fresh, cool water into a barrel, and we could hear it distinctly. Mr. James B. Senn, our band director, sent someone to the porch to ask if we could fill a canteen with some of their water. The folks consented, and he filled that canteen with the fresh cool spring water. Mr. Senn and an officer passed through the columns and gave each new band member a cap-full of that water. (Image above from Pinterest.) I can still in my mind feel that cool fresh water on my tongue!

When I read these two Scripture passages about springs of water, my mind goes back to that day on the back roads around Camp Parker. It helped with physical thirst, but Jesus promises complete satisfaction of body and soul in his new heavens and earth.

John uses the perfect tense of ginomai (“to become or happen”). It reads literally “it has happened.” At this point in the vision the new order has appeared on the earth. All that follows is a description of the total satisfaction that the new heavens and earth provide. For the first time since its creation earth provides full satisfaction to mankind; God is central in the new order. All serve and love him supremely.

The Greek letters Alpha and Omega serve as a brachylogy. The outer limits are mentioned in order to include everything in between in the figure of speech. God is all-in-all in the new heavens and new earth. “Salvation is beautifully depicted by the image of drinking at the spring of life.” The mention of this at this juncture in the book of Revelation does not mean that salvation will be offered to people at that time. It is mentioned pastorally to the readers and hearers of Revelation from John’s day to the Second Coming. After that, it will be too late to drink. John knows that mention of the offer of salvation coupled with the bliss of the new heavens and new earth will create a hunger and thirst in the hearts of some. He mentions the offer to show how people may participate in the new order. Outside of salvation through the God appointed means there is no way to be present in that order and enjoy its bliss. (Image above of “AΩ” is from Wikimedia Commons.)

Next time we will conclude the examination on the New Heavens and Earth.

Ryle, H. E. (1914). Cambridge Bible for Schools and Colleges Volume I Genesis with Notes. Cambridge, UK: at the University Press.