Image above: “Fall of the Tower of Babel,” by Cornelis Anthonisz, 1547 public domain.

Chapter 18 contains rejoicing by various groups over the destruction
which has already occurred in the seventh bowl of wrath.

This call to rejoice in Revelation seems to have Jeremiah 51:48 as its background. “Then heaven and earth and all that is in them will shout for joy over Babylon” (see Fee, G. D. p. 259, below).

Revelation 18:20-24 gives believers reasons to rejoice over the destruction of Satan’s empire that rules the earth.

I. God has answered the prayers of His people for vengeance by judging Babylon. vs. 20

vs. 20 Rejoice over her, O heaven, and you saints and apostles and prophets, for God has given judgment for you against her!”

Note that the earth-dwellers mourn over the city’s destruction, but those in the heavens are told to rejoice over her destruction. It depends upon one’s attitude toward the Lord and his people whether one rejoices or mourns over the destruction of Babylon.

“Ancient Babylon fell in one night after having been “weighed in the balance and found wanting.” [Daniel 5:30]. Can modern empires fall just as quickly? History and the Bible provide an answer. The nations may “rage” and the rulers “take counsel together” (Psalm 2:1-2), but unless their actions are in accord with the counsel of God, in the end they will pass from the world scene.” (see McNeely, blow.)

II. God will erase Babylon’s dominion once and for all. vs 21.

vs. 21 Then a mighty angel took up a stone like a great millstone and threw it into the sea, saying,“So will Babylon the great city be thrown down with violence, and will be found no more;

60 Jeremiah wrote in a book all the disaster that should come upon Babylon, all these words that are written concerning Babylon.
61 And Jeremiah said to Seraiah: “When you come to Babylon, see that you read all these words,
62 and say, ‘O Lord, you have said concerning this place that you will cut it off, so that nothing shall dwell in it, neither man nor beast, and it shall be desolate forever.’
63 When you finish reading this book, tie a stone to it and cast it into the midst of the Euphrates,
64 and say, ‘Thus shall Babylon sink, to rise no more, because of the disaster that I am bringing upon her, and they shall become exhausted.’”

This verse records a parable. “One quick gesture becomes a parable of the whole judgment on Babylon the Great! Suddenly she is gone forever… .” (See Johnson A. F., p.752 below.)

A millstone is 4 to 5 feet in diameter, one foot thick and hundreds of pounds in weight. The city seemed to be permanent, but at the end it proves to be easy for the Lord to overthrow it. John uses the double negative (ou me literally—”not never,” or more correctly—”by no means”) to demonstrate the finality of Babylon’s ruin.

III. God’s Judgment means there Babylon will no longer have economic incentives to draw people from God. 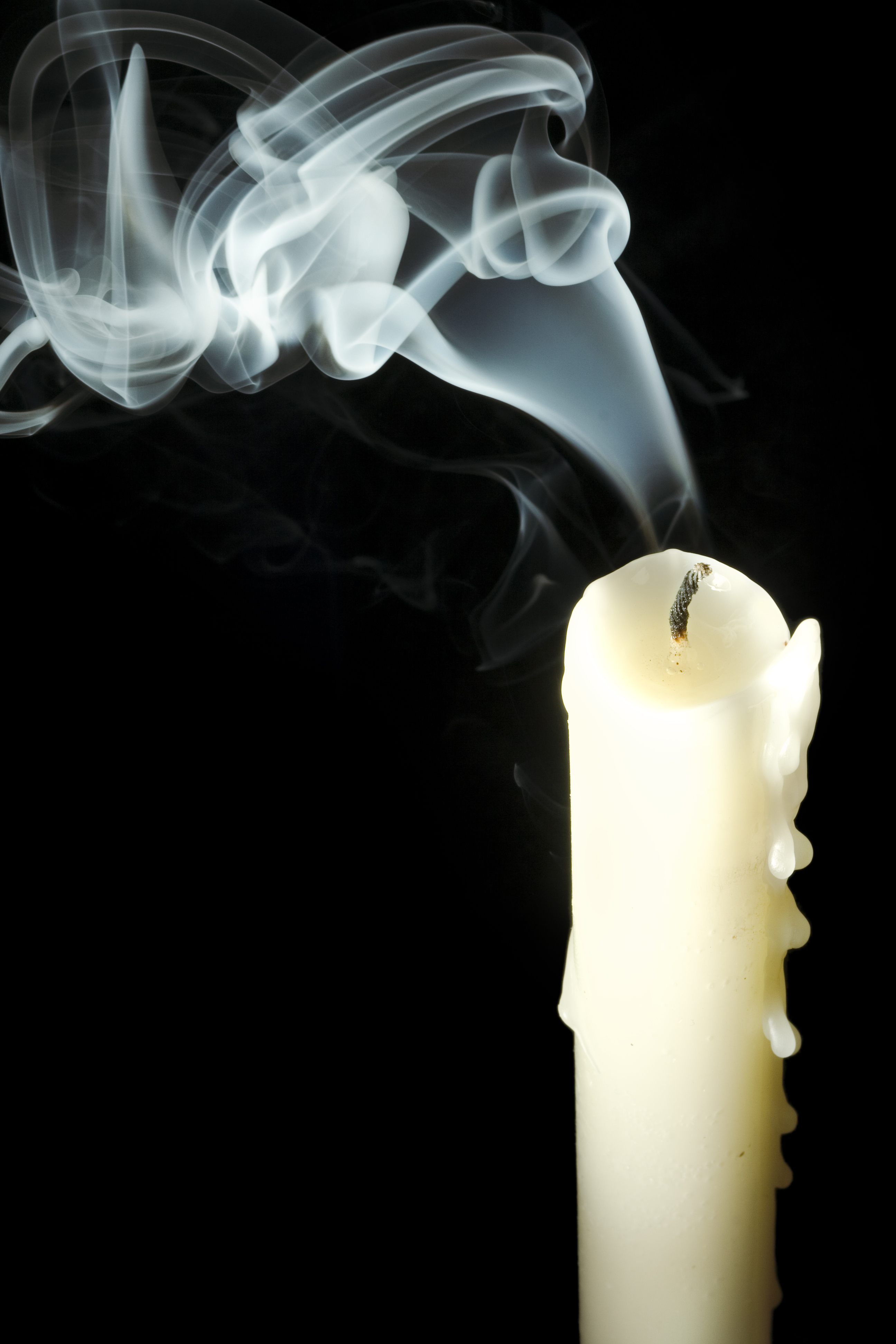 vs. 23 …and the light of a lamp will shine in you no more, and the voice of bridegroom and bride will be heard in you no more, for your merchants were the great ones of the earth, and all nations were deceived by your sorcery.

Note the use of trade with Babylon as the means of drawing men into her web of deceit. How could we in the 21st Century get further into the morass of Babylon through trade than we are? Alexandr Solzhenitsyn offers a profound insight into our world which is so interwoven into Babylon’s agenda. Whether this is the last manifestation of Babylon, only God knows.

“More than half a century ago, while I was still a child (born 1 December 1918), I recall hearing a number of older people offer the following explanation for the great disasters that had befallen Russia: “Men have forgotten God; that’s why all this has happened.”

“Only once in [the 20th century] did the West gather strength — for the battle against Hitler. But the fruits of that victory have long since been lost. Faced with cannibalism, our godless age has discovered the perfect anesthetic — trade! Such is the pathetic pinnacle of contemporary wisdom… .

“To the ill-considered hopes of the last two centuries, which have reduced us to insignificance and brought us to the brink of nuclear and non-nuclear death, we can propose only a determined quest for the warm hand of God, which we have so rashly and self-confidently spurned. Only in this way can our eyes be opened to the errors of this unfortunate 20th century and our hands be directed to setting them right. There is nothing else to cling to in the landslide: the combined vision of all the thinkers of the Enlightenment amounts to nothing.” (see Solzhenitsyn, below). 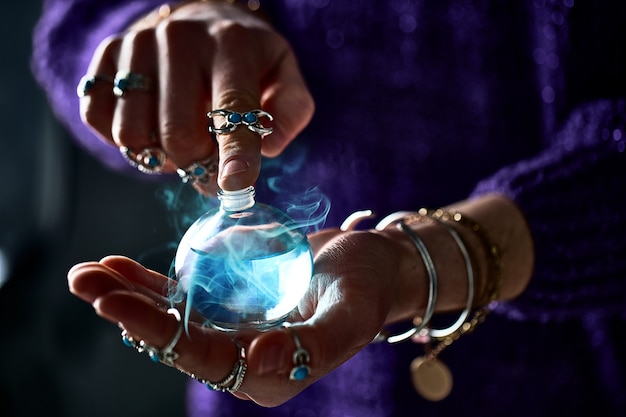 “Which is the dragon’s more dangerous weapon as he assaults the church in our time and place: Is it the beast, symbolic of [1] the state’s power to intimidate through violent persecution and even martyrdom? Or the beauty, the harlot, portrait of [2] the culture’s power to seduce through the intoxicating idolatry of prosperity and the alluring invitation to adulterous compromise?” (see Johnson, D. E., below).

John uses the double negative (ou mē) twice in this verse. This is the picture of desolation. “The melancholy recollection of the pulsing life that once filled this great city with the joy of life sounds through these verses ‘like footsteps dying away in the distance in a desolate city which lies in ruins.'” (see Johnson, A. F., below) The word “sorcery” is the Greek word pharmakeia—the use of drugs to cast spells. Empires have always used mind altering substances/thinking to content the masses. It isn’t religion that is the opiate of the people!

Whenever Richard Cory went down town,
We people on the pavement looked at him:
He was a gentleman from sole to crown,
Clean favored, and imperially slim.

And he was rich—yes, richer than a king—

And admirably schooled in every grace:
In fine, we thought that he was everything
To make us wish that we were in his place.

So on we worked, and waited for the light,
And went without the meat, and cursed the bread;
And Richard Cory, one calm summer night,
Went home and put a bullet through his head.

Babylon is an illusion and one who pins his hope on its charms and allurements will be quickly disillusioned.

vs. 24 And in her was found the blood of prophets and of saints, and of all who have been slain on earth.”

The life of God’s people is not always stress free. It is always blessed by God, however.

The word “slain” (sphazō) is the word which means “to slaughter or murder.” It fits in with the idea of martyrdom that is implied in this verse.

It’s a question of what works with Babylon’s power—the carrot or the stick?

Next time, we will move into chapter 19!

McNeely, D. (2010). “The Decline and Fall of Nations: A Prophetic Perspective.” accessed 2 April 2020 from https://www.ucg.org/world-news-and-prophecy/the-decline-and-fall-of-nations-a-prophetic-perspective