Image above by Gustave Dore, 1866, from Wikimedia Commons, public domain.

We must not allow current events in space and time to rob us of the fact that Christ, and we in Him, have already triumphed!

The Structure of the two Visions in Revelation 14:14-20

Let’s see how the final judgment gives us stability in the present while awaiting the Second Coming of Christ.

I. Christ, the executor of judgment, may seem slow in setting things to right, but He is on time according to His plan.

vs. 14 Then I looked, and behold, a white cloud, and seated on the cloud one like a son of man, with a golden crown on his head, and a sharp sickle in his hand.

There has been a great deal of speculation as to the identity of “the one on the cloud.” (1) Some identify the figure as Christ himself. (2) Others identify him as a mighty angel. John gives us some clues as to the figure’s identity —

(a) the figure is “like a (or “the”) son of man. The symbolism in the verses is from Daniel 7:9-14 The phrase is used of Jesus in Rev. 1:13. In this context, the phrase would be interpreted as “a son of man”; in other words, the figure was “like a human being”;
(b) the figure had a victor’s crown (stephanos) on his head (see picture above left from WikiMedia Commons);
(c) the figure had a sickle in his hand with which to reap the harvest.

II. God the Father has a comprehensive plan for what happens to His people in time and space and in eternity.

vs. 15 And another angel came out of the temple, calling with a loud voice to him who sat on the cloud, “Put in your sickle, and reap, for the hour to reap has come, for the harvest of the earth is fully ripe.”

The angel in this verse is said to be another (allos) angel. Allos means “another of the same kind.” The second angel conveys a Divine message from the throne-room of God, to the one sitting on the cloud to reap the harvest. This is in keeping with Jesus’ status as the Messiah —

“Christ must be informed by God [the Father] about the time for judgment to begin, since “of that day or that hour no one knows, not even the angels in heaven, nor the Son, but the Father alone” (Mark 13:32; Acts 1:7). “Angels in Revelation never announce a message which has its ultimate derivation from themselves, but are always mere conveyors of messages representing the divine will.” (see Beale, page 310, below.)

This illustrates what theologians call the Economic Trinity —

In one sense, the Son and the Father are identical. In another sense, they are distinguished. From all eternity, within the ontological Trinity, the Father begets the Son, and the Son is begotten of the Father. From all eternity, God also freely decrees the salvation of yet to be created human beings in what theologians refer to as the “covenant of redemption.” (see Sproul, below.)

In simple terms, the covenant of redemption — or in Latin, the pactum salutis — refers to the eternal agreement between the Father and the Son to save a people chosen in Christ before the ages began. In slightly more detail, Louis Berkhof describes the covenant of redemption as “the agreement between the Father, giving the Son as Head and Redeemer of the elect, and the Son, voluntarily taking the place of those whom the Father had given him.” (see DeYoung, below).

Image licensed under the CC BY-NC:
by “Fir0002/Flagstaffotos”. “Crepscular rays”

The person on the cloud is Jesus Christ. See Daniel 7 —

13 “I saw in the night visions, and behold, with the clouds of heaven there came one like a son of man, and he came to the Ancient of Days and was presented before him.
14 And to him was given dominion and glory and a kingdom, that all peoples, nations, and languages should serve him; his dominion is an everlasting dominion, which shall not pass away, and his kingdom one that shall not be destroyed.

The Messiah is here called the Son of man; he was made in the likeness of sinful flesh, and was found in fashion as a man, but he is the Son of God. [see Henry, below]

The second angel, is said to “come out of the temple.” He announces God the Father’s decree.

The word for “temple” is naos — inner “sanctuary” versus the entire temple complex (hieron) as we have seen previously in our studies of the Revelation. The phrase “the time to reap” is literally ”the hour to reap” (a comparable phrase used in John’s Gospel). It is not just a seasonal thing. There is an appointed time for that harvest to begin. Note also that the verb “ripe” (exerainō) means ”overripe,” or “withered.” The time to bring judgment on the earth for the crimes that had been committed against God’s people has long been past.

III. Believers are taken out of this world before the wrath of God falls on an ungodly world.

vs. 16 So he who sat on the cloud swung his sickle across the earth, and the earth was reaped.

Jesus Christ gathers in His own people. The word “harvested” (etheristhē) is used only once in the Greek NT. The Lord himself used the harvest as a symbol of the final judgment of the world. See Matthew 13:30, 38-39.

30 Let both [wheat and tares] grow together until the harvest, and at harvest time I will tell the reapers, “Gather the weeds first and bind them in bundles to be burned, but gather the wheat into my barn.”
38 The field is the world, and the good seed is the sons of the kingdom. The weeds are the sons of the evil one, 39 and the enemy who sowed them is the devil. The harvest is the end of the age, and the reapers are angels. 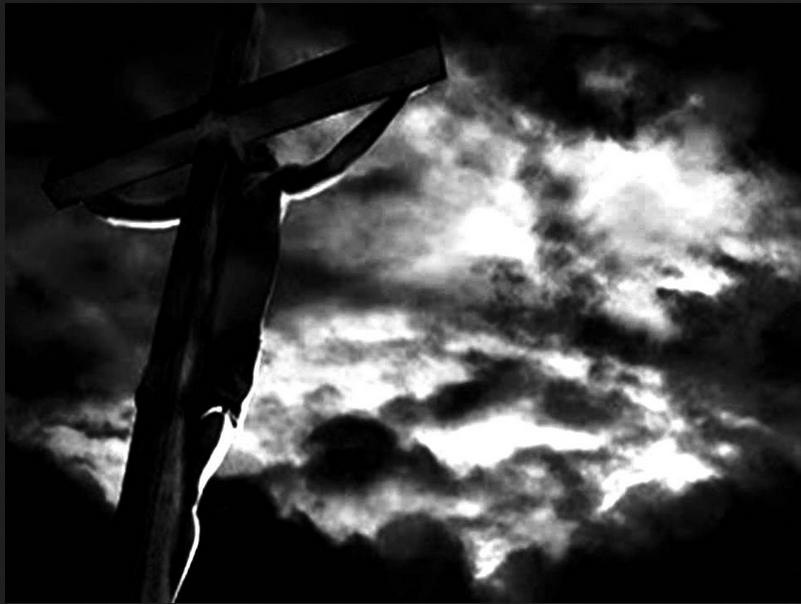 Once to every man and nation comes the moment to decide,
In the strife of Truth with Falsehood, for the good or evil side;
Some great cause, God’s new Messiah, offering each the bloom or blight,
Parts the goats upon the left hand, and the sheep upon the right,
And the choice goes by forever ‘twixt that darkness and that light.

Careless seems the great Avenger; history’s pages but record
One death-grapple in the darkness ‘twixt old systems and the Word;
Truth forever on the scaffold, Wrong forever on the throne, —
Yet that scaffold sways the future, and, behind the dim unknown,
Standeth God within the shadow, keeping watch above his own.
(see Lowell, below; emphasis mine.)

John 17:11-12 assures us no matter what goes on around us we are secure in Christ! We might think sometime that there is no praying for us. We must not forget Jesus is praying for us!

Next time, The winepress of the wrath of God.

Sproul, R. C. (2014). “What’s the Difference between the Ontological and the Economic Trinity?” Accessed 15 December 2020 from https://www.ligonier.org/blog/whats-difference-between-ontological-and-economic-trinity/