God has commissioned John and us, His people, to preach to all nations — “you must prophesy!”

As God’s people, we are never without a task given to us by God. We may find ourselves with a shrinking audience, but we are never to give up on our calling!

Paul charged Timothy to continue in such ministry no matter where he found himself. II Timothy 4 —

1 I charge you in the presence of God and of Christ Jesus, who is to judge the living and the dead, and by his appearing and his kingdom:
2 preach the word; be ready in season and out of season; reprove, rebuke, and exhort, with complete patience and teaching.
3 For the time is coming when people will not endure sound teaching, but having itching ears they will accumulate for themselves teachers to suit their own passions,
4 and will turn away from listening to the truth and wander off into myths.
5 As for you, always be sober-minded, endure suffering, do the work of an evangelist, fulfill your ministry. (ESV) 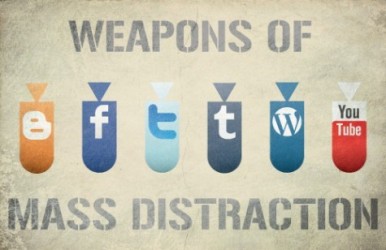 Brothers and Sisters, we are living in such a day! I can’t give you a timetable for the coming of the Lord, but people today would rather hear myths than the pure Word of God preached.

III. The time when men can repent and be saved will come to an end; and then God’s judgment will fall. vss. 5-7.

There will be no one left at this point who will want to repent. Remember from the sixth seal — they cried out to the mountains and the rocks … “Fall on us and hide us from the face of him who is seated on the throne, and from the wrath of the Lamb… .” They didn’t say, “Save us.” He would have, had they called out to Him for mercy!

vs. 5 — The lifting up of the hand is a signal that someone is about to swear an oath. This further indicates that the person swearing is an angel and not the Lord Jesus. He is described with dignity because of the one he represents.

Vs. 6 — The description of God used by the angel in his oath emphasizes God’s eternity and creative activity. It is evident that the fulfillment of the oath depends upon One who is sovereign in both the earthly and the spiritual realms.

Above is a “Pulpit Hourglass.” When the sand ended up at the bottom an hour had passed and the sermon was over.

The King James Version says “there was no more time.” Many have taken this as the cessation of time altogether. However, it does not imply that in the age to come there will be no such thing as time. This expression is close to our idiom, “I’m out of time.” We do not mean that time has come to an end. We mean that we no longer have any time for a particular activity. This is precisely what the angel means. Time for repentance will come to a halt with the sounding of the seventh trumpet. From then on, the undiluted wrath of God will be poured out. (see the bowls in chapter 16.)

vs. 7 — In this verse the strong adversative “but” (alla) indicates that a contrast is about to be described. Instead of time for repentance, there will be the promised fulfillment of Judgment.

The Greek word mustrêion is not something which is totally hidden. It is, rather, something which must be revealed in order to be understood. The mystery of God is his entire plan of redemption which includes the judgment of evil and the salvation of his people.

The fact that the mystery is finished in the days of the sounding of the seventh trumpet, rather than at the moment of the trumpet sound, leads us to believe that the trumpets cover a period of time and are not just momentary blasts.

The trumpets each are sounded for an extended period of time. The period of time is a “day of grace” accompanied by warning judgments. “Announced” is euangelizô. It is normally translated “proclaim the gospel.” It means “to proclaim news” in this context.

8 Then the voice that I had heard from heaven spoke to me again, saying, “Go, take the scroll that is open in the hand of the angel who is standing on the sea and on the land.” 9 So I went to the angel and told him to give me the little scroll. And he said to me, “Take and eat it; it will make your stomach bitter, but in your mouth it will be sweet as honey.” 10 And I took the little scroll from the hand of the angel and ate it. It was sweet as honey in my mouth, but when I had eaten it my stomach was made bitter. 11 And I was told, “You must again prophesy about many peoples and nations and languages and kings.”

IV. Proclaiming God’s Gospel is a mixed experience for us as God’s messengers. vss. 8-11

George Whitefield preached in the American Colonies during the First Great Awakening. It is estimated that 75% of those living at the time had heard him in person. He took to the outdoors to preach because the pastors wouldn’t allow him to preach in their churches.

vs. 8 The scroll is that portion of God’s prophetic purpose which he has allowed mankind to comprehend. John is told to assimilate It. This is for the purpose of giving it out later on. See Ezekiel 2:9-3:3 for the background to this prophetic action on the part of John.

vs. 9 & 10 — The Meaning of Eating the Scroll — The assimilation of truth into one’s life is a good experience. It is good to teach others of those truths. However, there is a dark side. The Bible contains both blessings and curses — both edification and judgment. Ministry involves both if it is a faithful ministry. John would know the sweet and the bitter in the course of his prophetic ministry.

When I was a young man I heard of a lady who approached her pastor and seemed to compliment him. She said, “Preacher, when you first came here I likened you to the Apostle Paul in the way you preached.” He basked in the sunlight of her flattery for a moment. Then she added, “But, I don’t think you can preach at all now! Unless the denominational magazine comes by Friday, you don’t have anything to preach about.”

That was cruel. My mother witnessed this scene. The elderly lady had had her sacred cow ground for hamburger meat in a sermon and didn’t like it. She turned on her pastor and many followed into a campaign against him. Eventually the church was relocated to the affluent side of town and the building sold to another church. The ministry was effective to that community before the critical campaign began.

vs. 11 — John’s Audience — John never prophesied again before a large audience in person. He did do so through his writings, however. This must have greatly encouraged him since he was in exile at the time. As we proclaim John’s message, we are assured of the same promises by the Lord through His angel!

We never really know who listens to what we say or who sees what we do. If they pass it along or replicate our example, those who benefit become a part of our audience!

Application of the truths of Chapter 10