Picture above shows Paul, along with Priscilla and Aquila, sewing leather together, perhaps for tents in which to live during travel, but leather is also for cases in which to carry books and shoes for feet. Manual labor was looked down upon in the Greco-Roman world. Possibly, if one wanted to study with the Apostle, he or she would have to take a needle and thread and work as Paul spoke. After all, he was a tent maker, wasn’t he?

14 But far be it from me to boast except in the cross of our Lord Jesus Christ, by which the world has been crucified to me, and I to the world. 15 For neither circumcision counts for anything, nor uncircumcision, but a new creation. 16 And as for all who walk by this rule, peace and mercy be upon them, and upon the Israel of God.

Ellicott’s Commentary defines the last phrase “Israel of God” as ‘spiritual Israel;’ not converts from Judaism alone, but all who prove their real affinity to Abraham by a faith like Abraham’s.” (see Ellicott below.)

The Church transcends all national and ethnic boundaries. Where Jesus is Lord, the people are a family.

“The disparity of selection between this list and the Old Testament lists of Jacob’s sons and Israel’s tribes show that the twelve tribes in Revelation are symbolic with respect to the quantity and the ethnicity of the Lamb’s army” See Johnson below).

A chart from Dennis Johnson’s Triumph of the Lamb is helpful here.

Johnson points out the Tribes are listed in a different order in Revelation.

3 “Reuben, you are my firstborn, my might, and the firstfruits of my strength, preeminent in dignity and preeminent in power. 4 Unstable as water, you shall not have preeminence, because you went up to your father’s bed; then you defiled it—he went up to my couch!”

So, Judah is given Reuben’s place.

The tribes of the concubines are exalted above the rest of tribes from the wives of Jacob–Leah and Rachael.

“The elevation of these descendants of women who were outsiders to the covenant family signifies the inclusion of the Gentiles among ‘the bond-servants of our God’ [Rev. 7:3] (see Johnson below).

The Tribes of Dan and Ephraim are omitted because of their propensity to idolatry.

To summarize the argument Johnson states —

The order of the tribes in Revelation 7 symbolizes —
1. The reign of Jesus, from the tribe of Judah.
2. The incorporation of outcasts. i.e. Gentiles now included.
3. The exclusion of idolaters from the covenant community that God shields from his terrible wrath. 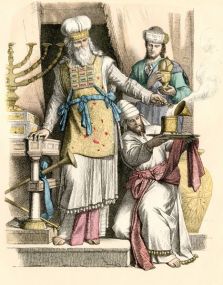 Usually, Levi is omitted from lists because this tribe was chosen to be priests of Israel. The priestly theme of Revelation is emphasized by Levi’s inclusion in it.

God’s great family is expanded in this listing to include people who once were excluded — Gentiles. We as Christians must resist the temptation of excluding those who are not “our kind of people.” (What ever that phrase means.) All people are saveable and are urged to repent and believe the Gospel. Lost people are our kind of people because they are God’s. Why spend this time on the aberration of the list of tribes in Revelation Seven?

Most often Christians come from the lower strata of society. The upper strata are self-satisfied and are not looking for salvation. The middle strata are too busy trying to rise above their present condition and status.

Do you feel left out? Seek out a group of believers in Christ. You belong to Christ and will be accepted there. If you are not accepted, that group is not a true expression of Christ’s Church.

Eventually, we all may be meeting in small groups in houses. This is the pattern for many churches in developing nations! They do not go to a church; they are the Church!

Next time we will proceed to the innumerable multitude in the last part of  Chapter Seven.