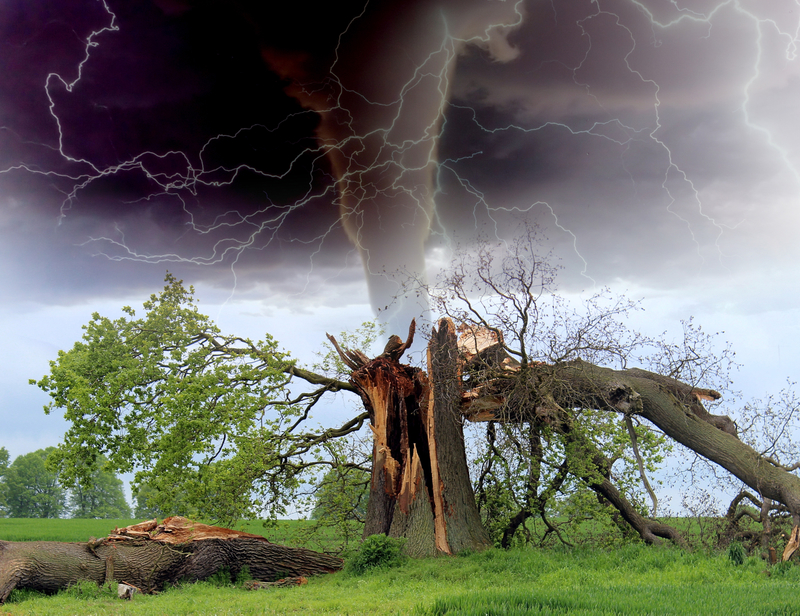 12 When he opened the sixth seal, I looked, and behold, there was a great earthquake, and the sun became black as sackcloth, the full moon became like blood, 13 and the stars of the sky fell to the earth as the fig tree sheds its winter fruit when shaken by a gale. 14 The sky vanished like a scroll that is being rolled up, and every mountain and island was removed from its place. 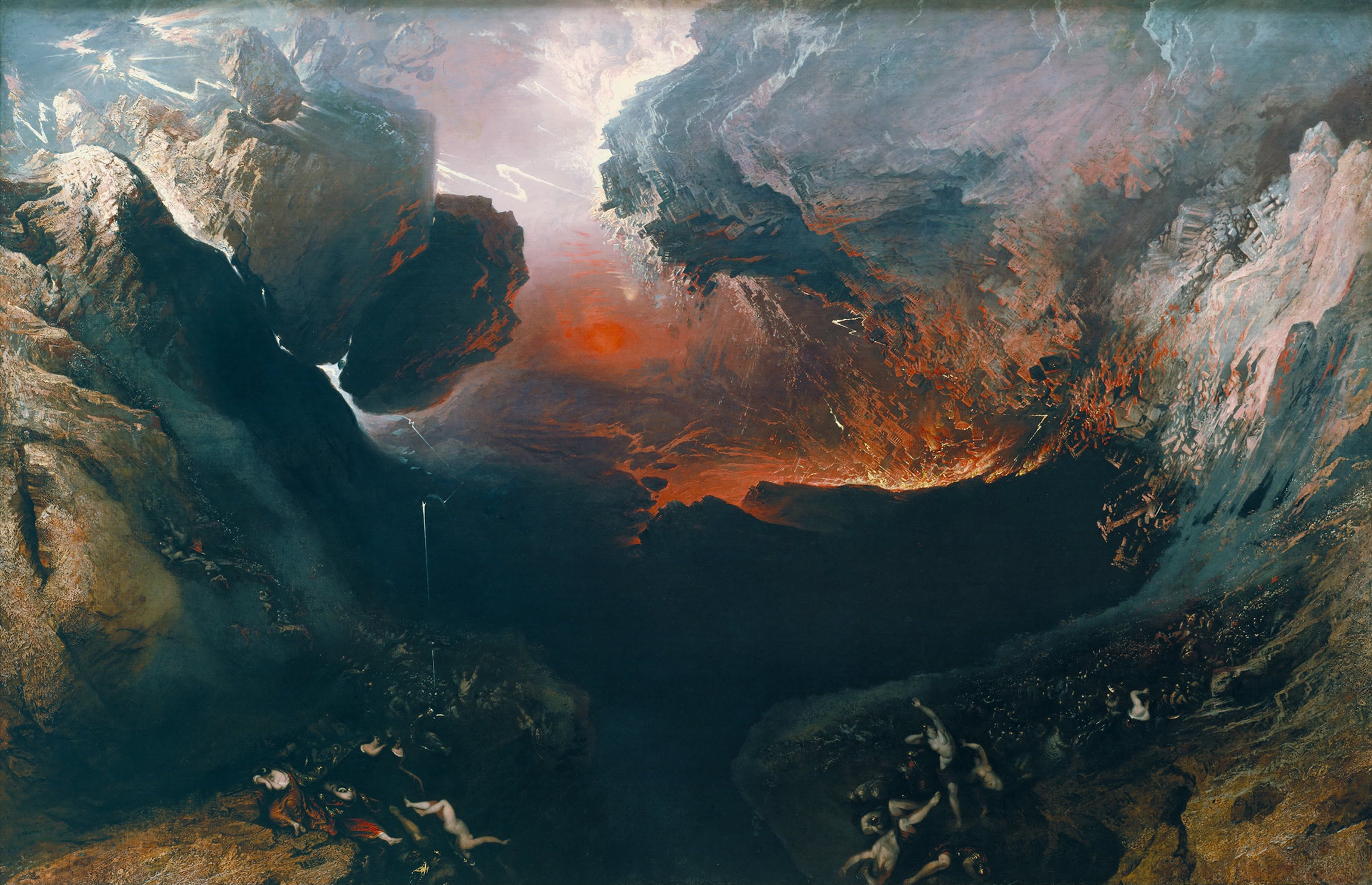 “The Great Day of His Wrath,” is an 1851–1853 oil painting by the English painter John Martin. WikiMedia Commons picture.

Old Testament Descriptions of the End

The descriptions in these verses are standard apocalyptic descriptions of “the Day of the Lord.” In the OT his visitations were described in terms of cataclysmic disturbances in the skies and on the earth. They are harbingers of the end of the age.

“As later biblical authors seized on the earlier imagery of the theophany on Sinai to describe appearances of God to man (Habakkuk 3:3ff), so John utilizes the archetypal imagery of the Old Testament to describe this terrible visitation of God’s final judgment on the earth. In much the same manner as we would describe a chaotic situation by saying ‘all hell broke loose,’ so the biblical writers use the language of cosmic turmoil to describe the condition of the world when God comes to judge the earth.” (See Johnson, below.)

Our Approach to Revelation

We are approaching interpretation of the Revelation’s four sets of seven judgments as “progressive parallelism.” William Hendriksen clarifies–

“The seven sections of the Apocalypse are arranged in an ascending, climactic order. There is progress in eschatological [end times] emphasis. The final judgment is first announced, then introduced, and finally described. Similarly, the new heaven and earth are described more fully in the final section than in those that precede it. To this conception of the book we give the name “progressive parallelism.” (see Hendriksen, p. 36, below; emphasis mine).

Public Domain photo of a Painting of the Four Horsemen of the Apocalypse. “Death on a Pale Horse” by Benjamin West (1738-1820).

I. God’s judgment comes in answer to the saints’ prayers.

Since the four horsemen foreshadow the Day of Judgment and the the saints pray for vengeance to fall, God’s answer to their prayers comes at the End of the Age. The answer is postponed, but it comes at last. John describes the judgment in Old Testament apocalyptic terms. God intervenes in history to bring down those opposed to Him and His ways.

It is important for us to realize God’s people await Christ’s appearance as Judge to set things right. In the Intertestamental period (400-1 BC),  the Maccabees intervened in their own affairs with an army and weapons to overthrow the Syrian control over Jerusalem. We may think we can do the same in our country in the 21st Century. However, the Revelation takes us back to the Old Testament’s way of setting things right—God intervenes directly and sets things right. Our task is to pray and bear witness to the Gospel and veracity of God’s Word. II Corinthians 10:4-5

4 For the weapons of our warfare are not of the flesh but have divine power to destroy strongholds. 5 We destroy arguments and every lofty opinion raised against the knowledge of God, and take every thought captive to obey Christ… .

II. Intervention by God dissolves the old order and brings in the new.

Cosmic disturbances in verses 12-14 summarized below—

(1) a great earthquake and its storm affecting the sun and moon;
(2) the stars falling to the earth;
(3) the astral heavens are rolled up;
(4) every mountain and island on earth is removed from its place;

III. Subsequent terror on the earth follows all of this cosmic dissolution.

“The dread and terror, the awe and consternation of [the judgment] day is pictured under the twofold symbolism of (1) a crashing universe and (2) a thoroughly frightened human race.” See Hendriksen, p. 107, below).

Cosmic disturbance at the end of the age will include earth shattering disturbances.

The sun was blackened = “became black like sackcloth of hair.” 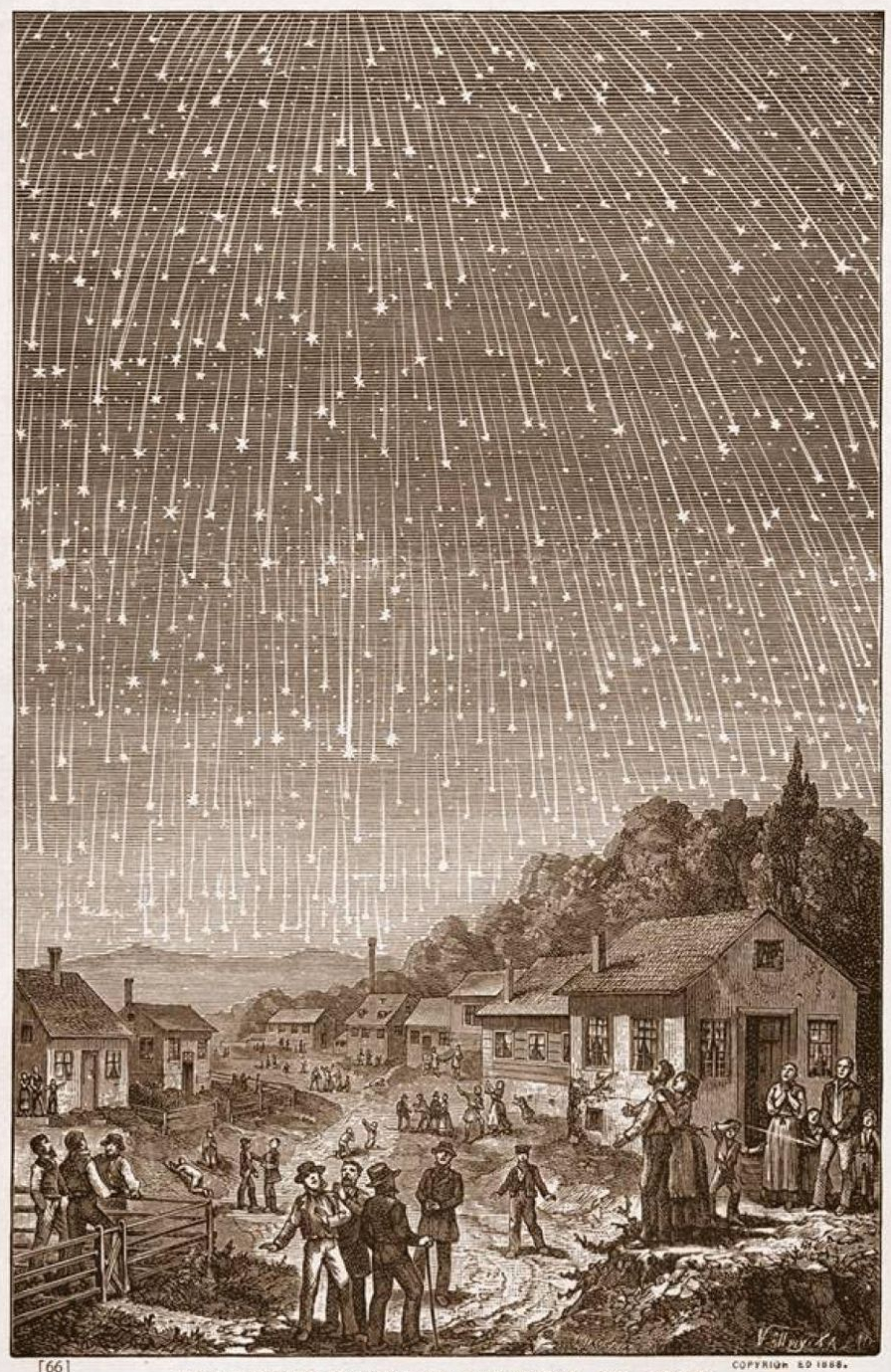 vs. 13 The stars fell = “dissolution of the Astral Heavens.”

vs. 14 The sky vanished = “the atmospheric heavens, the clouds, were parted like a scroll rolling up.”

“Every mountain and island was removed from its place = were moved out of their places.” This is a result of the worldwide earthquake at the end of the age.

IV. This is not a “newspaper literal” description of what will occur at the end.

Symbolism describes the dissolution of the present age in preparation for the institution of the new one.

“What we have here is a symbolic picture of the terror of the judgment day. The symbol, taken as a whole, teaches just one lesson, namely, that the final and complete [out-pouring] of God’s wrath upon a world that has persecuted the Church will be terrible indeed.” (See Hendriksen, p. 107, below.)

Next time we will look at the terror brought upon all segments of society by the disturbances in Rev. 6:15-17.