3 When he opened the second seal, I heard the second living creature say, “Go!” 4 And out came another horse, bright red. Its rider was permitted to take peace from the earth, so that people should slay one another, and he was given a great sword.

I. Christ is sovereign over war and violence.

The key to discovering the meaning of all the riders is found in what they have in their hands. The rider’s sword is the machaira. In modern Greek the word is used of a knife. In the New Testament it is often used of the Roman short sword (gladius in Latin; from

which “gladiator” is derived) The gladius is pictured left with a Legionnaire’s hand on its hilt. From this picture, one can derive an idea of its size and length. It was forged for easy, lethal hand-to-hand combat. It was the standard Roman battle implement.

This horse is red, fiery red. It speaks of warfare and bloodshed (II Kings 3: 22-23). This rider takes peace from the earth. It makes possible war (civil and international), terrorism, and all kinds of violence.

In each of the cases of the riders, it is said that something was ‘granted’ or ‘given to him’.

The word is a past tense passive verb didomi (“I give”). The passive voice indicates an implied divine agency. God gives the permission for the following to take place.

He opened the second seal. He gave the sword to the rider. This introduces us to the “problem of evil.” A problem that has plagued theologians and philosophers since time immemorial.

II. All evil serves God’s purposes though we do not understand how.

33 Oh, the depth of the riches and wisdom and knowledge of God! How unsearchable are his judgments and how inscrutable his ways! 34  “For who has known the mind of the Lord, or who has been his counselor?” 35 “Or who has given a gift to him
that he might be repaid?” 36 For from him and through him and to him are all things. To him be glory forever. Amen. (ESV emphasis mine.)

R. C. Sproul says this about evil and our understanding of it —

“I don’t think God has revealed to us a full and final answer to the problem of evil and suffering. However, that doesn’t mean that He’s been silent on the issue. Scripture does give us some helpful guidelines.

(1) God is not capricious or arbitrary. He does not act irrationally, nor does He show or permit violence to no purpose. That doesn’t mean we always know why a particular evil occurs at a given place or time. (see Sproul below.)

21 For the Lord will rise up as on Mount Perazim; as in the Valley of Gibeon he will be roused; to do his deed—strange is his deed! and to work his work—alien is his work!

21 The Lord is good to all: and his tender mercies are over all his works.

(2) “…evil is not ultimate. Christianity never denies the horror of evil, but neither does it regard evil as having any power above or equal to God. Scripture’s final word on evil is triumph. Creation groans as it awaits its final redemption, but this groaning is not futile. Over all creation stands the resurrected Christ—Christus Victor [the Victorious Christ]—who has triumphed over the powers of evil and will make all things new. “That means that when inexplicable disasters occur, we must say with Martin Luther, ‘Let God be God.'” (see Sproul below.) 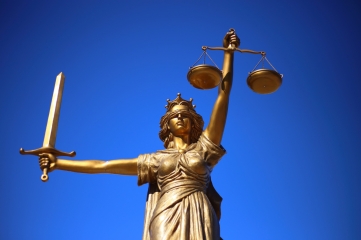 III. The Red Horse rides in our world today.

War, civil and international, is a fact of life in our world. September 11, 2001 brought this Red Horse to America’s doorstep. We had had terrorist incidents before this one. Now we have war—The War on Terror. Wherever we see war, civil or international, the Red Horse is riding. 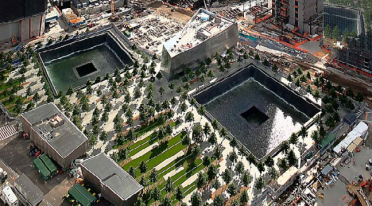 The Case of Jehu from the past

It is difficult for Christians to deal with such cruelty of the Red Horse sent by God. How can God be sovereign over war and still be holy and just in all He does? Christ opened the second seal and unleashed war and violence to punish those who persecute His Church. Christ holds all accountable who commit injustice.

If you doubt read Jehu’s story, King of Northern Tribes of Israel in 841–814 BC. Jehu was commissioned to deal with Ahab’s idolatry and persecution of believers in the Northern Kingdom of Samaria. (II Kings 9-10) Elisha the prophet sends a proxy to anoint Jehu King of Samaria and charge him to prosecute holy war against Ahab’s dynasty. Jehu engaged in indiscriminate murder shedding innocent blood. (see II Kings 10:12-14.) God punished him for his excesses by allowing his kingdom to suffer war from the outside. (see II Kings 10:32-36). See bas-relief below shows Jehu bowing in submission as a vassal of Assyria.

The king bowing is King Jehu of Israel, a man found in the Bible. This bas-relief of Jehu is the oldest surviving depiction of an Israelite. …Jehu brought his tribute to Shalmaneser III in around 841 BC. The inscription near the panel with Jehu can be translated: “The tribute of Jehu, son of Omri: I received from him silver, gold, a golden bowl, a golden vase with pointed bottom, golden tumblers, golden buckets, tin, a staff for a king [and] spears”

Don’t forget God’s justice is at work amid war and violence. His delays in meting out justice are not His denials.

Though the [grist] mills of God grind slowly,
yet they grind exceeding small;
Though with patience He stands waiting,
with exactness grinds He all. (see Retribution below.)

We can and must trust in God to bring about justice in all His acts in history! This is the lesson of the second seal and the Red Horse for God’s people.

Next time we will move on to the Black Horse and its Rider.