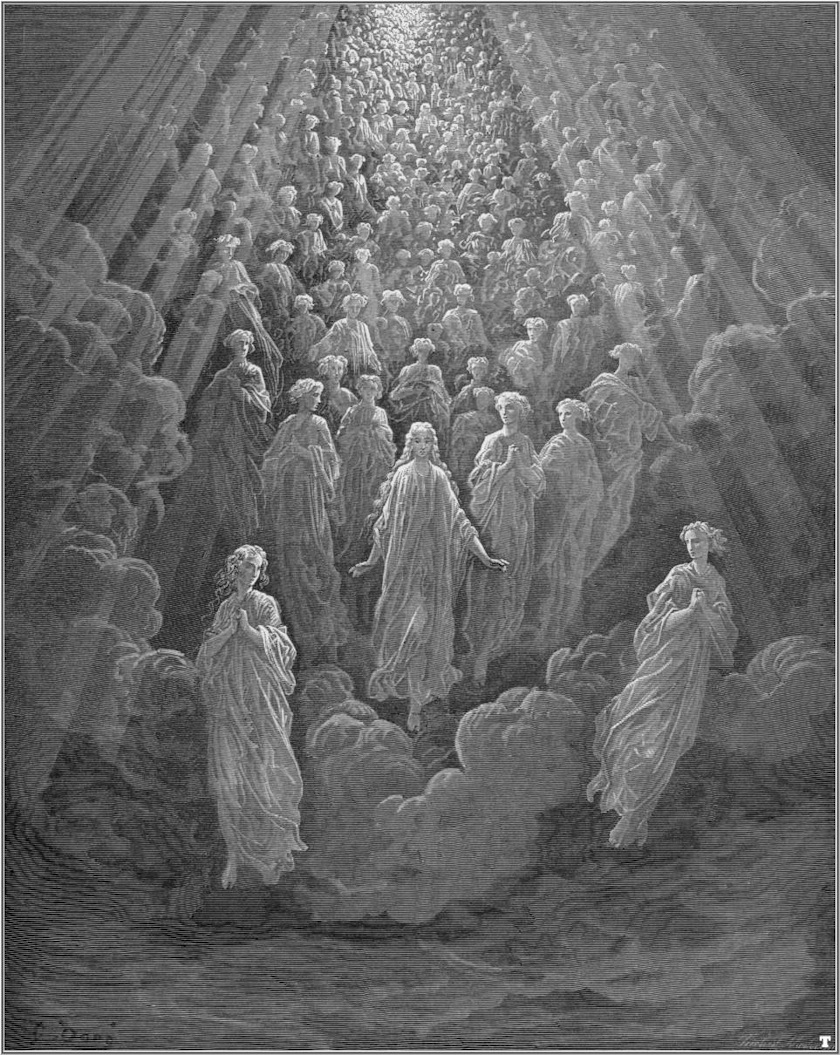 vs. 8a And when he had taken the scroll, the four living creatures and the twenty-four elders fell down before the Lamb… . 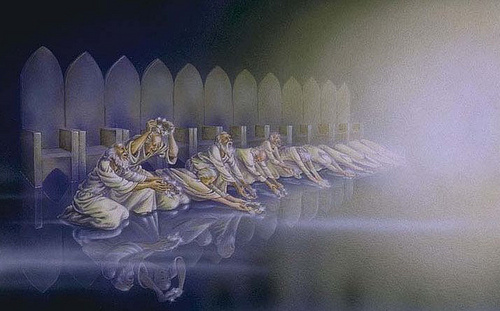 As we saw in the last post, Jesus has assumed the role of Mediatorial King.

[We] will understand the meaning of [John’s] tears if we constantly bear in mind that in this beautiful vision the opening of the scroll by breaking the seals indicates the execution of God’s plan. When the scroll is opened and the seals are broken, then the universe is governed in the interest of the Church. Then, God’s glorious, redemptive purpose is being realized; His plan is being carried out and the contents of the scroll come to pass in the history of the universe. (see Hendriksen, p. 89, below).

We will take note in this post of the impact these events have on believers in Asia Minor and from that we can make application to the church in the 21st Century. Believers in Asia Minor would have seen all the events in Revelation 5:8-10 as impacting their own life mission and church life.

Review about the meaning of Symbols in Rev. 5:8a

The Four Living Creatures  are an order of angels at the highest station in heaven. They ever live to worship our Holy God! We may see in them a representative function also. “They represent that which is swiftest, wisest, strongest, and noblest in all of animate creation” (See Swete, p. 71; below).

The Twenty-Four Elders too are an order of angels that surround the throne of God. The number calls to mind the courses of priests that served in the temple of Solomon on a rotating basis. Each course symbolized the whole. This angelic order speaks of 12 tribes plus the 12 Apostles to indicate the church of OT and NT.

Asia Minor believers would have seen this as a testimony to the powerful ministry of angels in heaven on their behalf. Imperial trappings may surround us in our earthly lives, but God has forces more extensive and powerful we cannot see at present.

I. We need to see clearly that the true worship of God is exhibited by the angels in heaven and not by the State and Civil Religion. 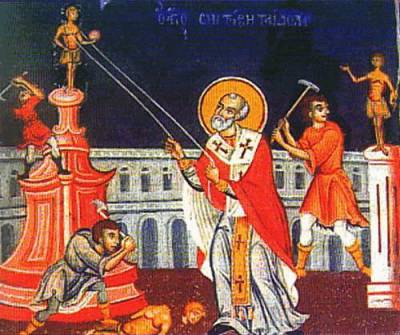 St. Aemilianus destroyed many pagan idols and temples. Here he is shown using ropes to pull down a pagan idol, while his followers are breaking them up with picks and axes.

Here, again, is “prostration in worship” that we saw before the throne the of God in chapter four. We are commanded to worship God alone in Deut. 5:7-9a.

Notice that I translated the “you shall not” in the ESV as “you must not.” The strongest prohibition in Hebrew is the future tense negated. 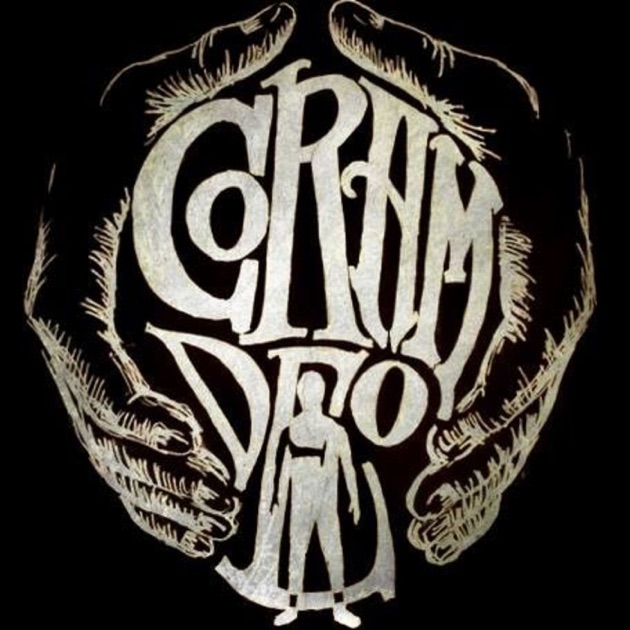 Image is from Coram Deo podcasts by Kyle J. Howard

John Calvin reminds us we all live our lives coram Deo — Latin for “before the face of God.” (see Sproul below).

“Idols are, at the very best, only masks which man puts upon “the face” of God, insulting His dignity, and tending to conceal Him from our view.” (see Ellicott below).

In Rev. 5:8 the inhabitants of heaven worship the Lamb in front of the throne of God. This means that this act occurred with the consent of the One on the throne. It means that Jesus is God — the God-Man.

The worship is evoked by the implications of the Lamb taking the scroll. The plan of God for the entire universe is going forth and nothing can interfere with it until it is consummated.

Kierkegaard reminds us of what goes on in Christian worship — 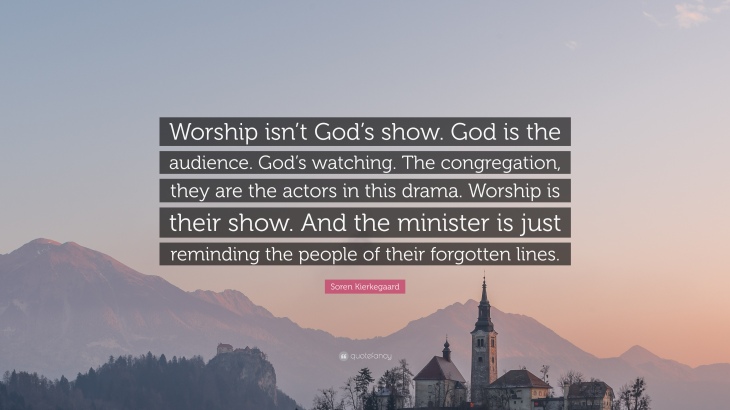 I would add this to Kierkegaard’s statement. The worship leaders and musicians are mere prompters, as well. We have to get away from thinking of worship as occurring on a stage for our benefit.

I had a doctor relate to me how he and his wife had left a church that preached sound doctrine and traditional music for a contemporary-oriented church. He recently had gone back to their former church for a funeral. He said how he missed the old hymns of the faith with all their sound theology!  He said he grew weary of stadium lighting and amplifiers that made the service into an entertainment.

Don’t get me wrong. I like some contemporary hymns. They do not have to be made into an entertainment. One of my favorites is Stuart Townend’s “In Christ Alone.” (Sorry if there is an Ad prior to the music video; skip it as soon as you can!)

See the following interview with Stuart Townend’s story of how he came to write “In Christ Alone“.

Swete, H. B. (1917).The Apocalypse of St. John; the Greek text with introduction, notes and indices. New York, NY: Macmillan and Co.