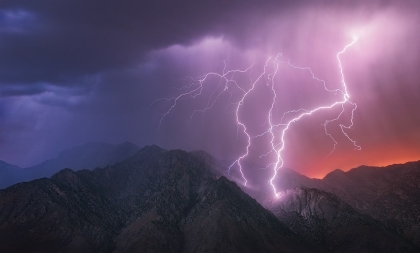 Lightning and Thunder from the Throne

vs. 5 This is reminiscent of the theophany at Sinai when the Mosaic Covenant was ratified. Exodus 19:16-25 records this. Lest we think this was an Old Testament phenomena only, Hebrews 12:18-29 reiterates God is still a God of justice and holiness. “Our God is a consuming fire!” Note the Hebrews passage does not say God was a consuming fire. The use of the present tense reiterates God is unchangeable! Beale states this clearly—

“This phrase is repeated in 8:5; 11:19; and 16:18, all of which have to do with God’s judgments. This becomes significant in light of the way many of the plagues of Revelation are clearly modeled (as we shall see) on those of Exodus. This then may serve as assurance to suffering Christians that their God is sovereign and has not forgotten them, because He has not forgotten their persecutors, whom He will surely judge by fire (e.g., 19:20; 20:9-10; 21:8).” See Beale, p. 103, below)

The Golden Lampstand before the Throne 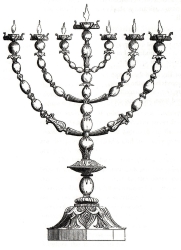 A drawing of the Golden Lampstand

vs. 6 and before the throne there was as it were a sea of glass, like crystal. And around the throne, on each side of the throne, are four living creatures, full of eyes in front and behind.

The glass sea in heaven is the pattern for the laver in the Tabernacle. It is crystallized in heaven symbolizing the fact that the saints have reached a fixed state of holiness and no longer need a layer for cleansing.

God is Ruler of All His Creation

“The words ‘angels, hosts and armies’…refers to the fact that the Lord of hosts is lord over the armies of [creation] angels, humans, all animals, every plant and all the stars, planets and asteroids of the universe.” (see Lord of Hosts below.) All these hosts can be summoned to assist God’s persecuted people.

John evokes creation as represented in God’s throne room by “four forms that represent whatever is noblest, strongest, wisest, and swiftest in nature” (see Swete, p. 71, below).

vs. 8 And the four living creatures, each of them with six wings, are full of eyes all around and within, and day and night they never cease to say, “Holy, holy, holy, is the Lord God Almighty, who was and is and is to come!”

God’s people may appear to be without influence and powerless. However, Revelation 4 reminds us whom we serve! God is the Ruler of all Creation and has the hosts of creation at his disposal to aid his people. 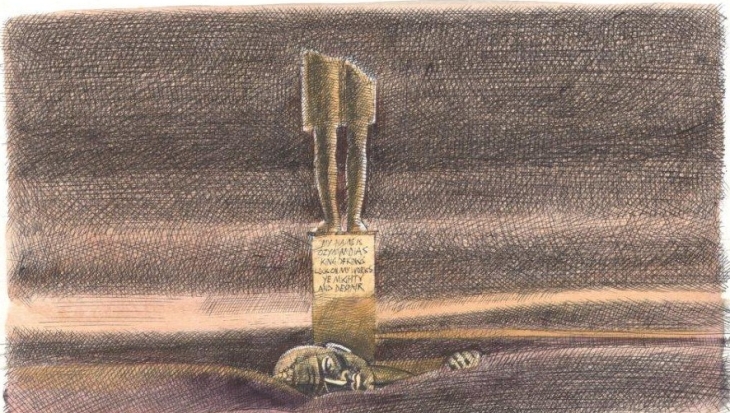 Powerful empires of old are no more though they struck fear in their subjects once. Percy B. Shelley’s Poem “Ozymandias” is instructive to us!

I met a traveler from an antique land
Who said: Two vast and trunkless legs of stone
Stand in the desert. Near them on the sand,
Half sunk, a shatter’d visage lies, whose frown
And wrinkled lip and sneer of cold command
Tell that its sculptor well those passions read
Which yet survive, stamp’d on these lifeless things,
The hand that mock’d them and the heart that fed.
And on the pedestal these words appear:
“My name is Ozymandias, king of kings:
Look on my works, ye Mighty, and despair!”
Nothing beside remains: round the decay
Of that colossal wreck, boundless and bare,
The lone and level sands stretch far away. (See Shelley below.)

God’s Presence on the Throne is our Incentive to Pray

During a dismal morning in WWI, David Lloyd George stood grimly before the members of the British cabinet. The seriousness of the situation was evident. The prime minister said, “Gentlemen, we are fighting with our backs to the wall. The only way out is up. Our only hope is God. Let us pray.” (see Lloyd-George below)

If the out-look today is depressing for us, I suggest we try the up-look! God is still on the throne at the center of reality. We are called to pray in all circumstances. Our God hears and answers prayer!

Swete, H. B. (1911) The Apocalypse of St. John: the Greek text with introduction, notes and indices London, England: MacMillian and Co., Ltd.