1 The revelation of Jesus Christ, which God gave him to show to his servants the things that must soon take place. He made it known by sending his angel to his servant John,
2 who bore witness to the word of God and to the testimony of Jesus Christ, even to all that he saw.
3 Blessed is the one who reads aloud the words of this prophecy, and blessed are those who hear, and who keep what is written in it, for the time is near. [emphasis mine; see ESV below]

Revelation chapter one reveals Jesus Christ as God’s Messiah (“one anointed with oil”). Three persons were “anointed with oil” in the Old Testament: Prophets, Priests, and Kings. Only Jesus combines all three offices into his one person.

In this post we will look at Jesus Christ as the Prophet who faithfully reveals God’s mind and will, especially in His explanation of reality. We can rely on His true account given in His Word!

Jesus Christ as Messiah is presented against the backdrop of Rome’s Imperial propaganda which intruded upon, and sought to control, every person’s daily life in Asia Minor. People in the Empire saw their world through Rome’s eyes.

Revelation itself allows no neutral perception: either one shares Rome’s own ideology, the view of the Empire promoted by Roman propaganda, or one sees it from the perspective of heaven, which unmasks the pretensions of Rome (emphasis mine; see Bauckham p. 35 below).

The Roman Empire explained the world through a narrative that promoted its own glory and power. Every government official was also a priest in the Roman Civil Religion who claimed to say the right words and perform the right rituals to bring about success for the Empire and its supporters. (see deSilva below)

Augustus’s claims to be the savior of the world and the one who would end war was false. (Click  on link to read the Priene Inscription
which contains Caesar Augustus’s Birth Announcement.) Christians knew the fallacy of the Roman claims.

Rome’s Position in the World according to Virgil

But thou, O Roman, learn with sovereign sway

To rule the nations. Thy great art shall be
To keep the world in lasting peace, to spare
humbled foe, and crush to earth the proud.
(emphasis mine; Virgil, Aeneid, Book 6; lines 851-854).

Virgil’s words were no doubt acted on theater stages throughout Asia Minor. Rome promised: (1) to provide just rule through law; (2) preserve universal peace [Pax Romana]; (3) to incorporate the humble into the Roman world; and (4) to crush brutally those resistant to Roman rule. Augustus Caesar was the ideal Emperor pictured in statues all over Asia Minor’s cities. 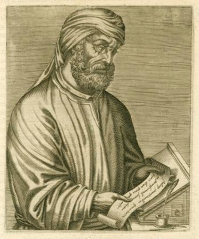 Never will I call the emperor God. I will not because it is not in me to be guilty of falsehood. He is but a man, and it is in his interest as a man to give God His higher place. (selection and emphasis mine; see Tertullian below).

At the end of the day, Rome’s narrative explaining reality was false and self-serving. Christians resisted it. They knew God wouldn’t let Rome and its false claims stand. Psalm 2 informs us of God’s attitude toward false claimants to kingship above his Chosen Messiah — Jesus Christ.

5 Then [God] will speak to them in his wrath, and terrify them in his fury, saying,
6  “As for me, I have set my King on Zion, my holy hill.” [emphasis mine; ESV; click on link to read the whole of Psalm 2]

God will not permit mere humans to usurp what belongs to his King, Jesus Christ — Rome’s or any other nation’s false pretensions to the contrary! We as Christians ought not to give Divine honors to mere humans or human institutions. Soli Deo Gloria!

God Gives us the True Account of How His World Operates

In the Revelation, we are shown God’s view of reality, revealed through Jesus Christ to an angel and then to John. Revelation reveals an interaction between the spirit world and the physical world in the vision (e.g. an angel is the mediator of revelation). Revelation’s worldview alone is worthy of being a guide for our lives in this world.

The Chain of Revelation

“Preaching in the Catacombs”
by Jan Styka 1902 from WikiCommons

You may ask why give the chain of revelation? I have often been similarly questioned when I explain Scripture in detail in a Bible Study. One lady said to me, “Why burden your mind with all those details?” Why? Because it is God’s Revelation of himself to us to guide our everyday lives and the details matter!

More on this next time.

Williams, Kurt. (2017). The Roman Empire in the Time of Jesus (Background of Luke’s Gospel). Accessed January 12, 2019 from https://theologycurator.com/roman-empire-during-time-jesus/