Obedience to the civil law is a must for the Disciple of Christ.

1 John 3:4 defines sin as “lawlessness.” Anarchy even in civil protest is sin.  (See Acts 5 below for the qualification of obedience.)

Note the aim of the French Revolution—

The leaders of the French Revolution turned to sweeping laws in chasing their obsession with liberation—and with each new law, they branded new swathes of society as enemies of the “revolution.” Likewise, under communism the doctrine of “the personal is political” became a reason for creating new laws, and similarly, each new law identified a new set of “enemies.” (see Epoch Times below)

An engraving shows the beheading of Louis XVI during the French Revolution. (Bibliothèque nationale de France)

Older people, when I was young, had come through the Great Depression and had fought two World Wars. They trusted the government.

My generation witnessed two “military interventions” that were in reality undeclared wars—Korea and Vietnam. I saw buddies go to Nam and come back damaged. Some did not come back at all. We tended not to trust the government.

I was drafted late in the Vietnam War. My lottery number was 11, but I (along with 170+ other young men sent to Ft. Jackson that day from Greenville, SC) was sent back home. We scratched our heads in disbelief. We didn’t know it at the time, but secret negotiations were under way that would eventually end the war.

In the end, the point for me was that I was citizen of this great country and if Uncle Sam wanted me to serve, I had no reason not to. I believed in obedience to government even when I didn’t like it. I went to Ft. Jackson that day as an obedient citizen. 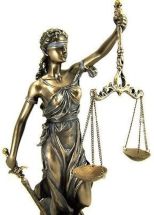 Romans 13:1-7 sets forth God’s establishing of human government and authority, and why it was established.

1 Let every soul be subject to the governing authorities. For there is no authority except from God, and the authorities that exist are appointed by God.
2 Therefore whoever resists the authority resists the ordinance of God, and those who resist will bring judgment on themselves.
3 For rulers are not a terror to good works, but to evil. Do you want to be unafraid of the authority? Do what is good, and you will have praise from the same.
4 For he is God’s minister to you for good. But if you do evil, be afraid; for he does not bear the sword in vain; for he is God’s minister, an avenger to execute wrath on him who practices evil.
5 Therefore you must be subject, not only because of wrath but also for conscience’ sake.
6 For because of this you also pay taxes, for they are God’s ministers attending continually to this very thing.
7 Render therefore to all their due: taxes to whom taxes are due, customs to whom customs, fear to whom fear, honor to whom honor.

Government has the God-assigned responsibility to punish those who do evil.Note that this passage was repugnant to Rome. It made government the servant of God. Government is always “under God.”

Politics is important; political decisions have consequences; and passionately arguing for your preferred political outcomes is nothing to be ashamed of.

A politicized life is a different beast, however. It treats politics as a zero-sum game or a form of total warfare in which the other side must be obliterated. It alters every aspect of your being: where you shop; what you watch on TV; what sort of music you listen to; who you associate with. If you’re not with the politicized being, you’re against him — and if you’re against him, he is well within his rights to ruin you personally and economically. You, the political other, are a leper to be shunned. (see Politicized Life below)

Such politicization destroys freedom. Through various social legislation, the West has all but destroyed the family, which is the basic building block of society. We ought to realize what government is supposed to do and hold it within the boundaries set by God. We can vote.

Matthew 22:15-21 is the classic text where Jesus commands obedience to authority. However, he qualifies it.

15 Then the Pharisees went and plotted how they might entangle Him in His talk.
17 Tell us, therefore, what do You think? Is it lawful to pay taxes to Caesar, or not?”

18 But Jesus perceived their wickedness, and said, “Why do you test Me, you hypocrites? 19 Show Me the tax money.”

So they brought Him a denarius. 20 And He said to them, “Whose image and inscription is this?”

Jesus escapes the trap, and they are told to pay their taxes.

The Apostles refuse to obey officials in certain cases

Acts 5:26-29 is where the Bible draws the line on wrongful government intrusion into our lives.

27 …And the high priest asked them, 28 saying, “Did we not strictly command you not to teach in [Jesus’] name? And look, you have filled Jerusalem with your doctrine, and intend to bring this Man’s blood on us!”

29 But Peter and the other apostles answered and said: “We ought to obey God rather than men!”

Verse 29 make it clear we obey higher authority, God’s, when a lesser authority commands something against God’s law and teaching.

The material point is that Christians always obey their Lord and Master, Jesus Christ. We are not lawless and rebellious. Government is another authority structure that is a part of the necessary underpinnings f our freedom.